There were seven Guernseys forward from 3 Exhibitors at this year’s Welsh Dairy Show. Judging was Lyndon Bustard and he found his Champion in Latifa Princess Leia from Caroline and Mike Moody. In Reserve was Bourton Fiona 13 from Richard Norman. Also exhibiting was Colin and Hilary Evans and as Colin is Chairman of the Show committee, Laura Sales and Sian Philips kindly stepped in to look after and the cows for them and Richard Norman who had other commitments on the Show day. Thanks to them for their time and expertise.

On the Monday evening, Glanmor Python West from Colin and Hilary was shown in the youngstock classes where she was awarded 3rd interbreed senior calf and second coloured senior calf. 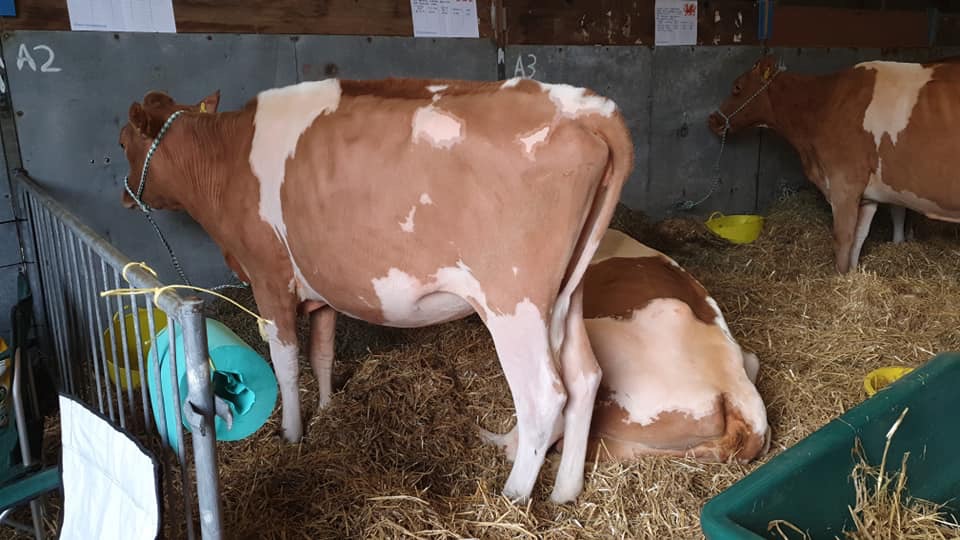 The Heifer in Milk class saw two entries and in first was Avalon Fernando Indus now owned by Colin and Hilary Evans and in second position was her former herd mate, Avalon Pinto Linda from Richard Norman. 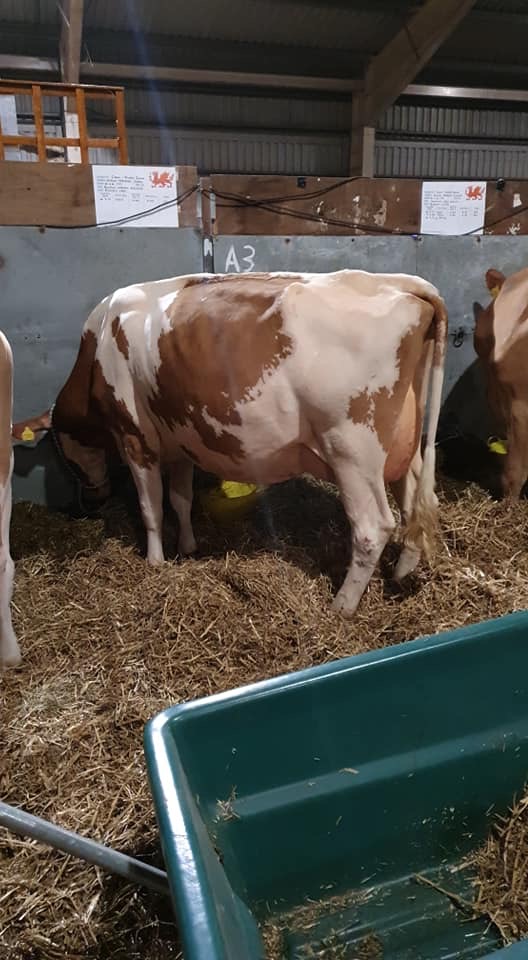 There were four In Milk Cows on parade and in first was Latifa Princess Leia from Caroline and Mike Moody. In second was Bourton Fiona 13 from Richard Norman. In third was Colin Evans’ Hilcol Andante Clover and fourth was Byrmor Bijou from Richard Norman. 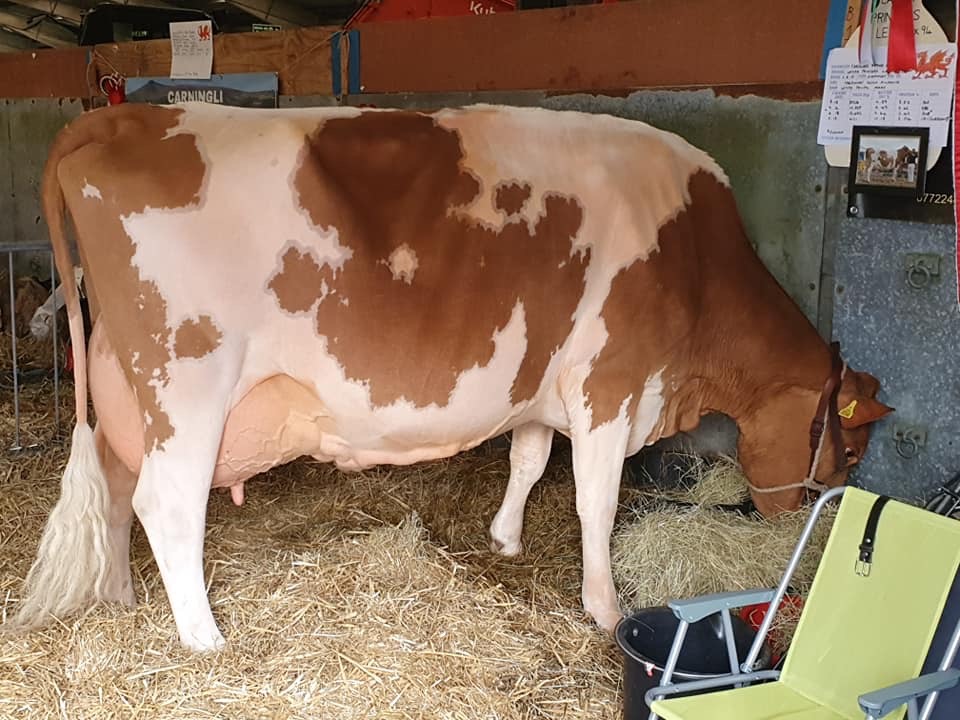 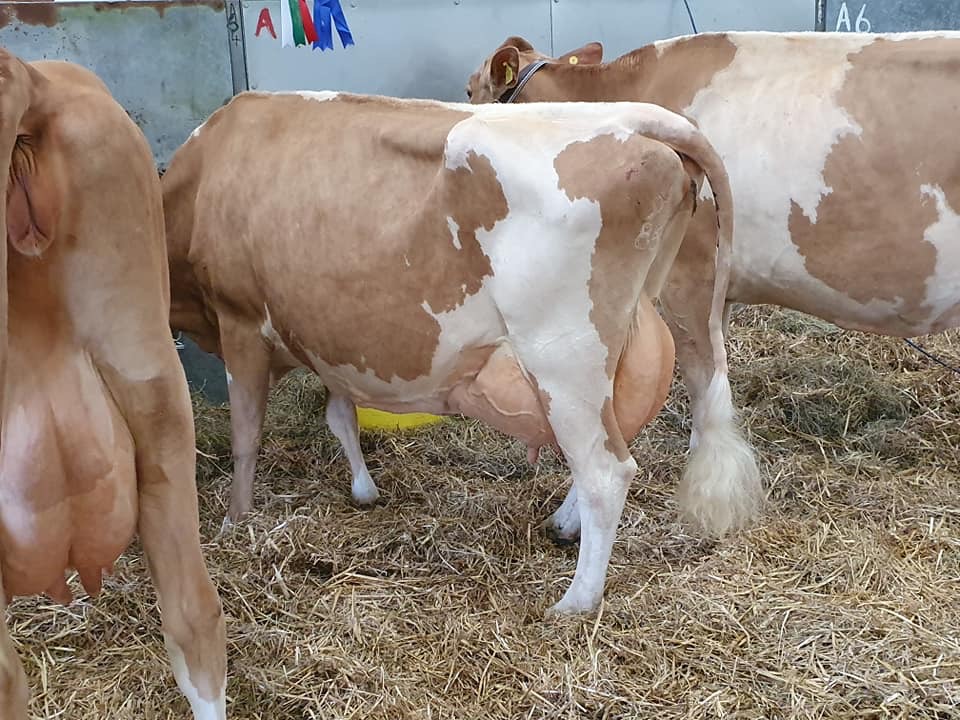 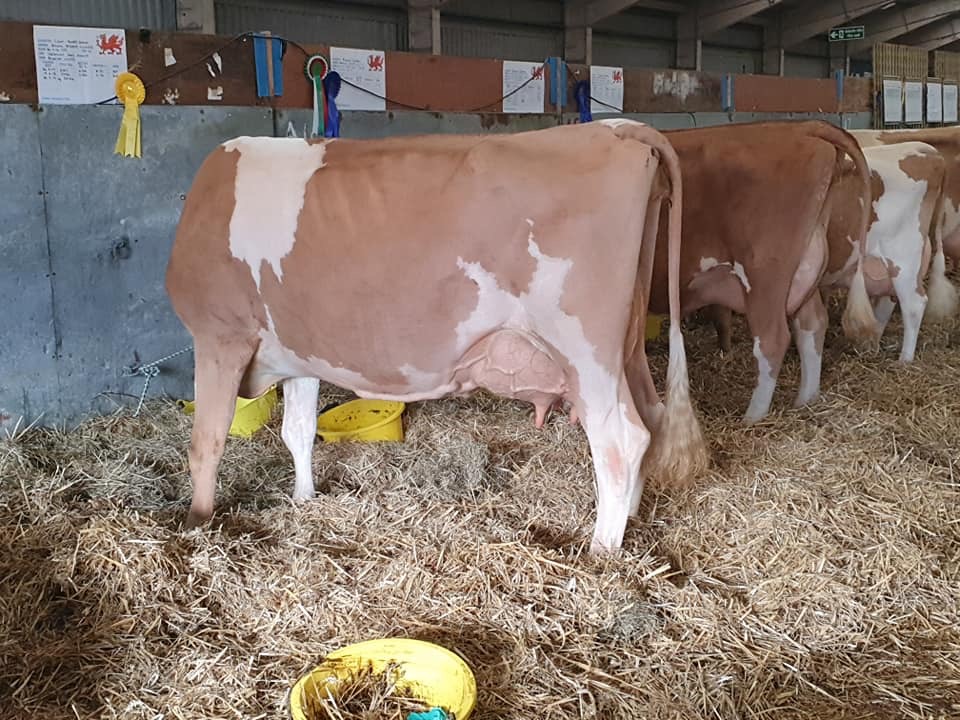 Hilcol Andante Clover. ( Avalon Pinto Linda can be seen next to her) 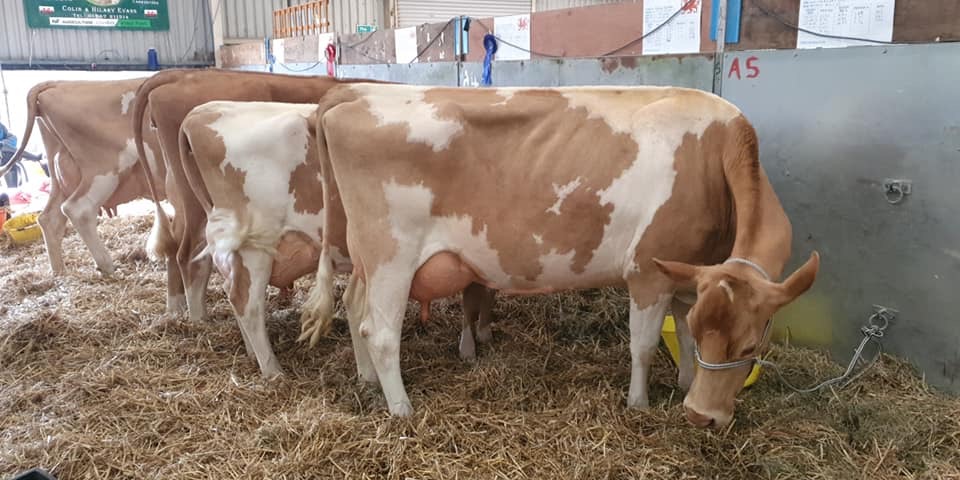 Thank you to Laura for these images taken in the stalls and to all the exhibitors and helpers for a quality entry at the last show of the season.