There were 11 cattle forward from 6 exhibitors at this year’s UK Dairy Day. Judging was Colin Gleed and he found his Champion in Latifa Princess Leia from Caroline and Mike Moody. In Reserve stood Lower Keigwin Crunch Starsky from the Thomas Family who also had Hon Mention with Kimcote Legend Angel 3.

Congratulations are due to all Exhibitors and their helpers who helped to produce three competitive classes worthy of the Guernsey Breed. 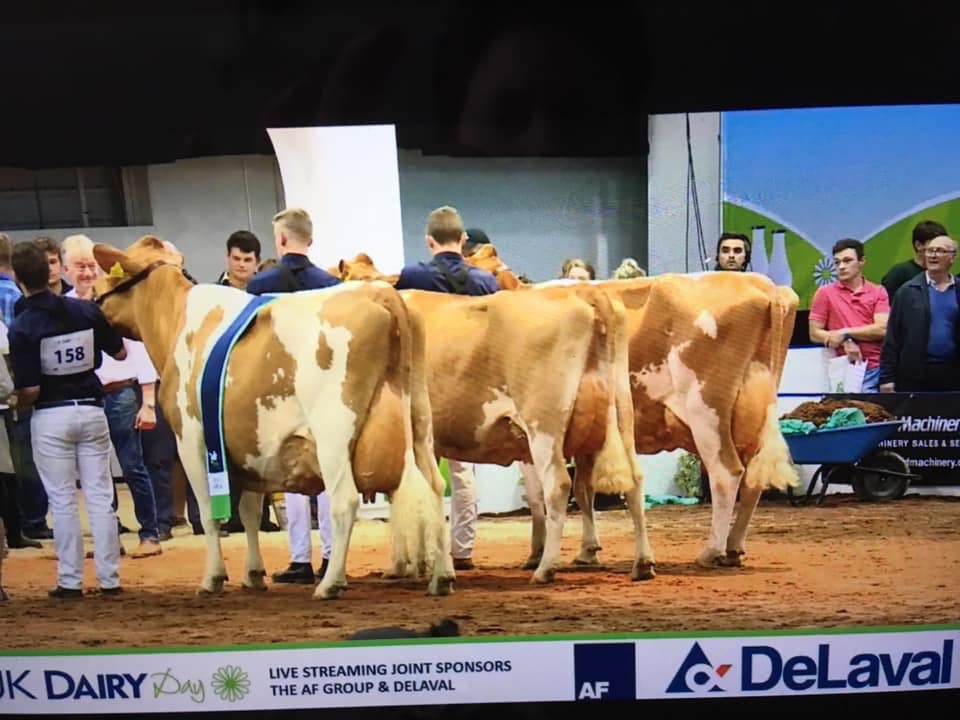 Here are the full class results:

The heifer class was led by a superb mature dairy heifer, who had a great topline, wide rump and a lovely tight udder with great attachment and excellent teats. She also paraded really well on superb legs and feet . All these attributes gave the the advantage over the second heifer who was a lovely stylish dairy heifer with a great udder with lovely veining, but who lacked the size and scope of the first heifer. Her dairyness and udder quality gave her the advantage over the third heifer who was a good strong dairy animal. 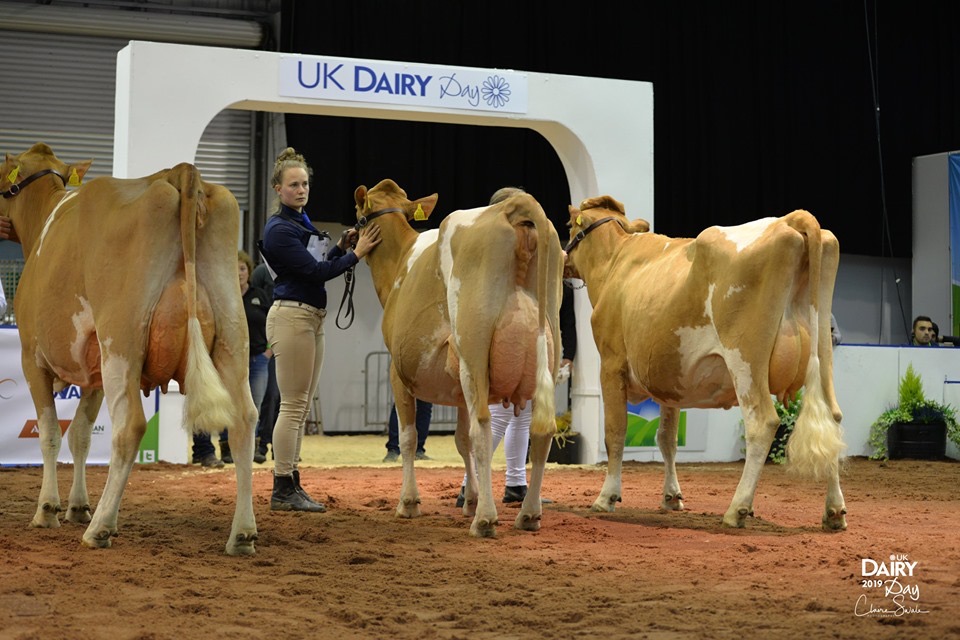 The intermediate class was led by a similar type of animal to the first class. She was well balanced, tall, stretchy and very dairy, with height and width on the rear udder and tremendous legs and feet. Her greater capacity gave her the advantage over the second cow who showed great dairyness and had a quality udder, which gave her the lead over the third who was a very tidy animal and very well balanced. 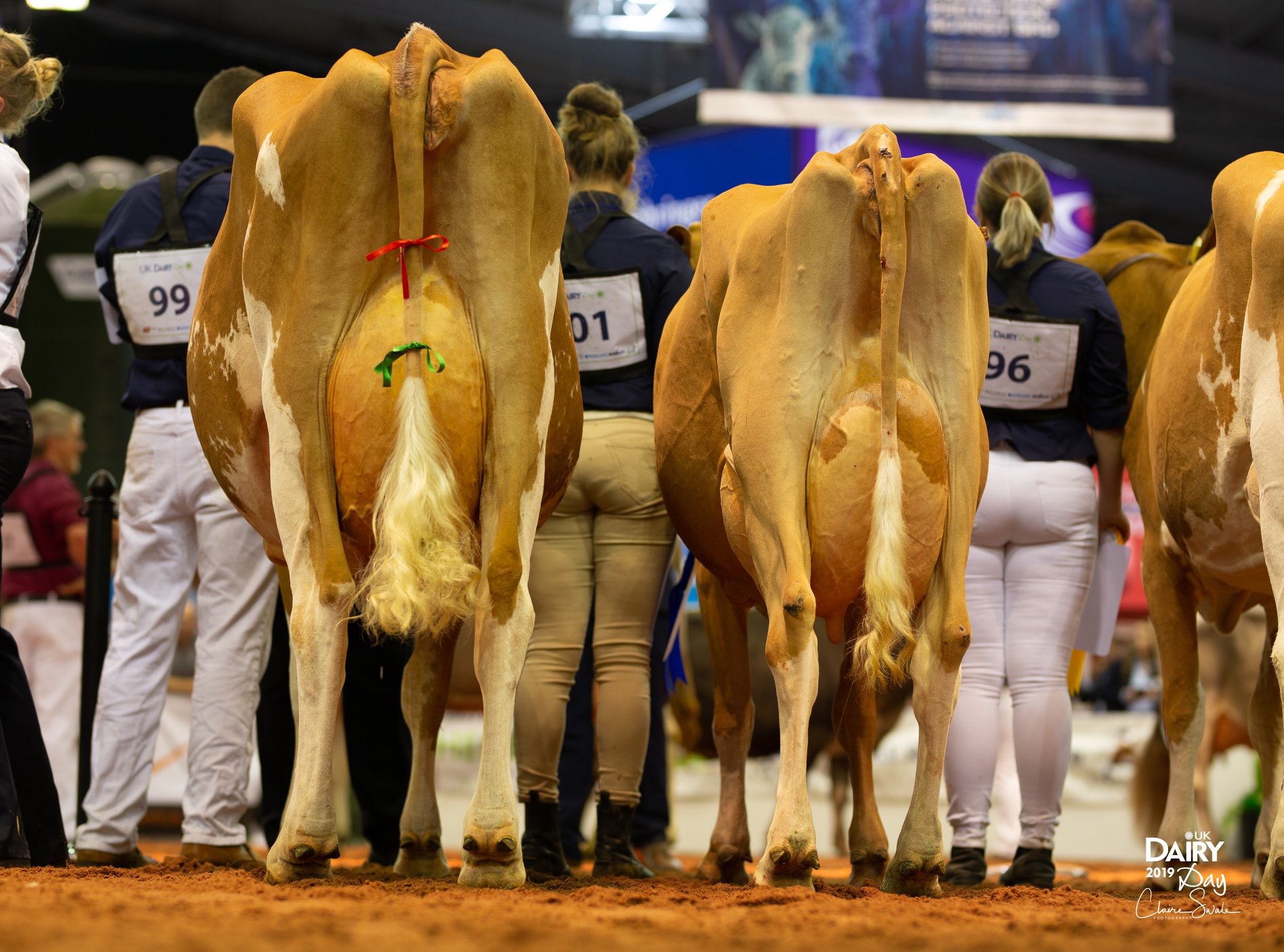 The senior cow class was dominated by a cow with power and capacity who walked well on exceptional legs and feet and had a good quality udder. This power and capacity gave her the advantage over the second cow who demonstrated tremendous dairyness with a quality udder, which in turn, put her above the third cow who was very well balanced and correct apart from slightly long teats. Over all, these were three very strong classes which led to an impressive display in the Championship. 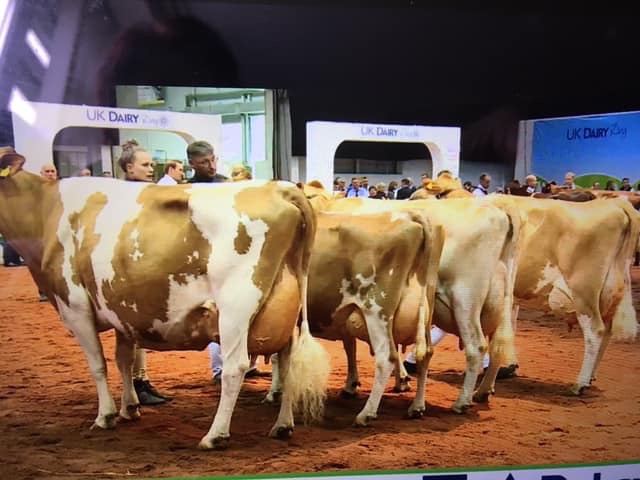 My Champion cow stood out on the day because of her power and capacity and the fact she was holding together well after four calves. I went for the outstanding heifer for my reserve, as she is great example of the modern Guernsey and was just a little more correct than the young cow who was an outstanding Hon Mention. 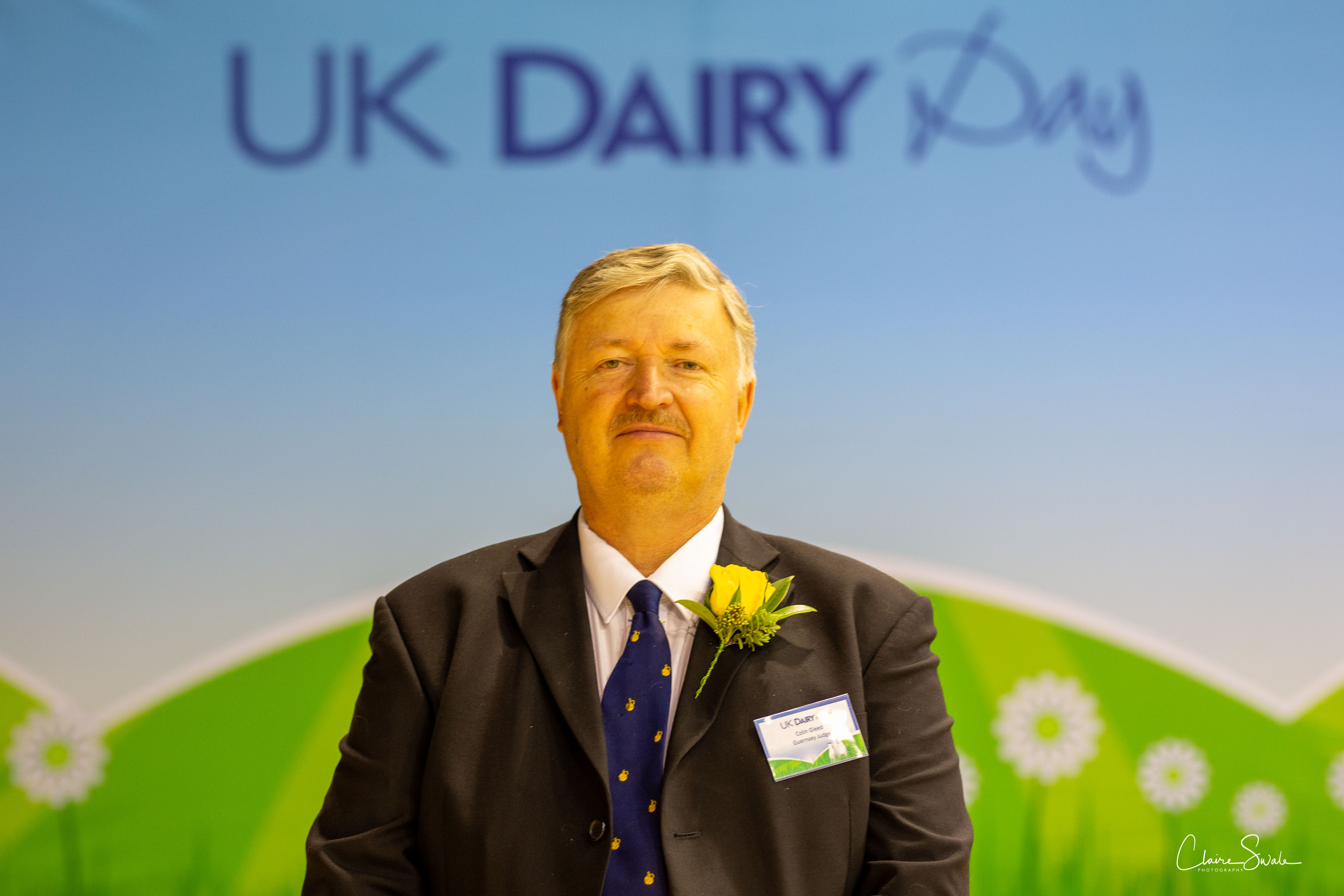 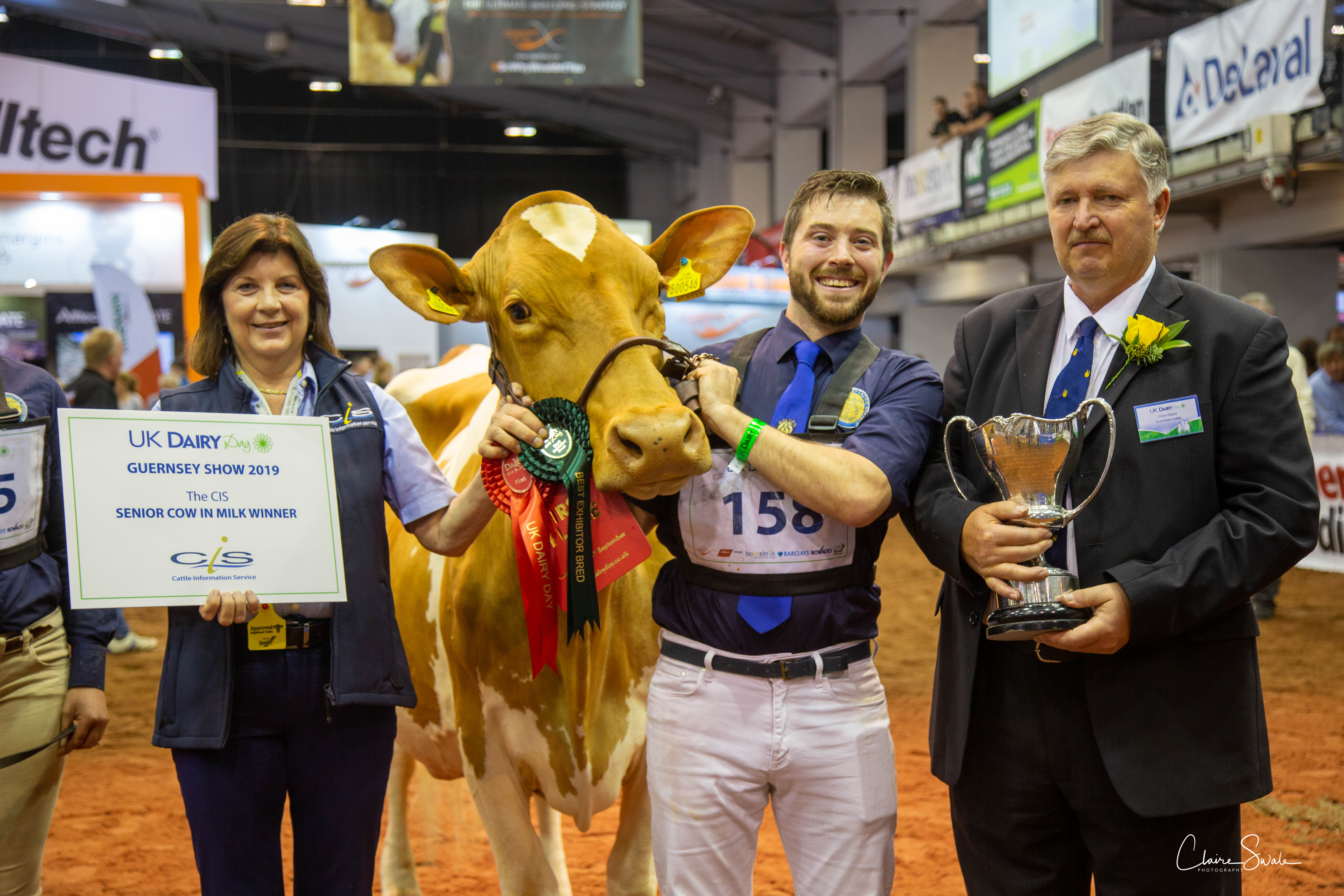 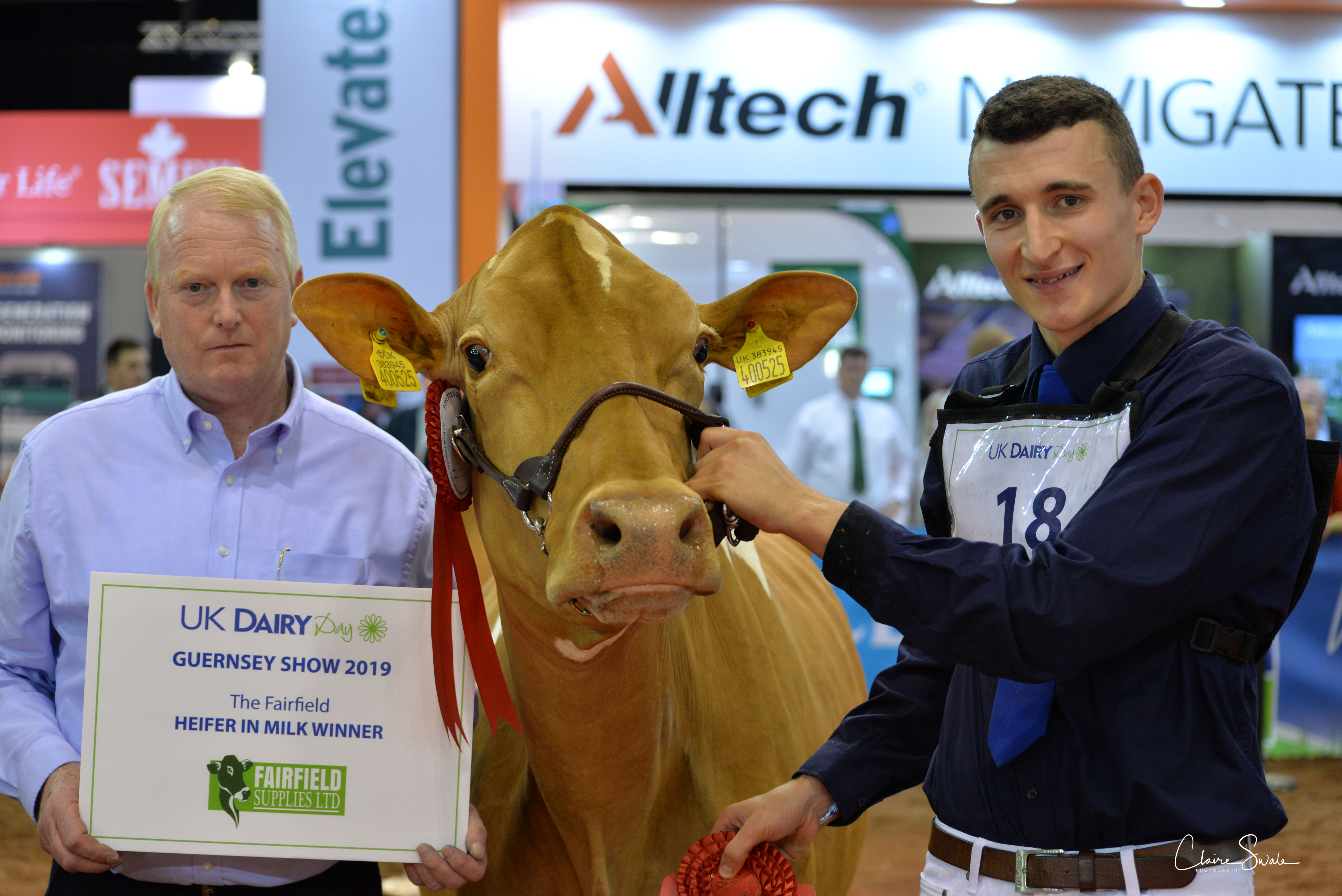 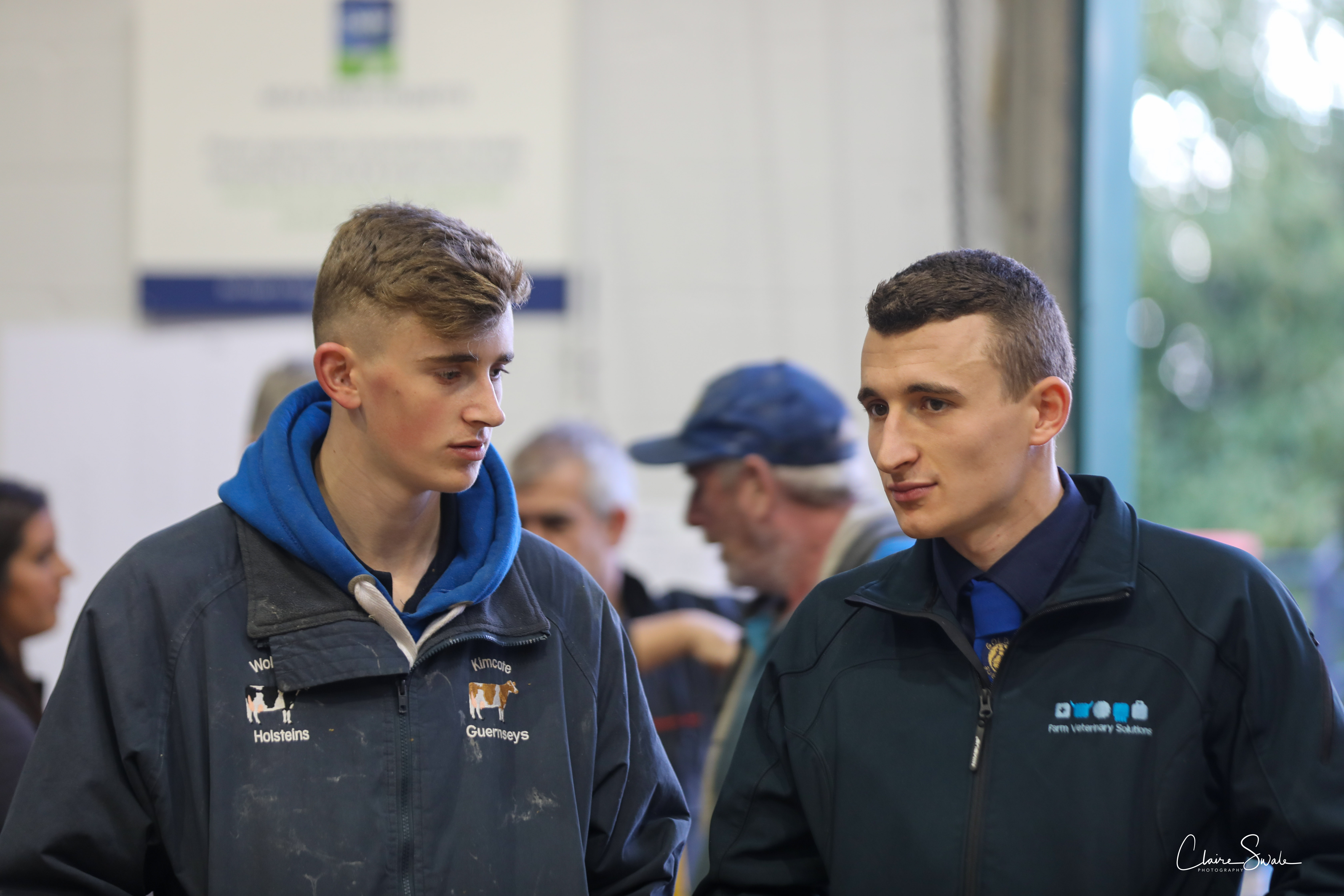 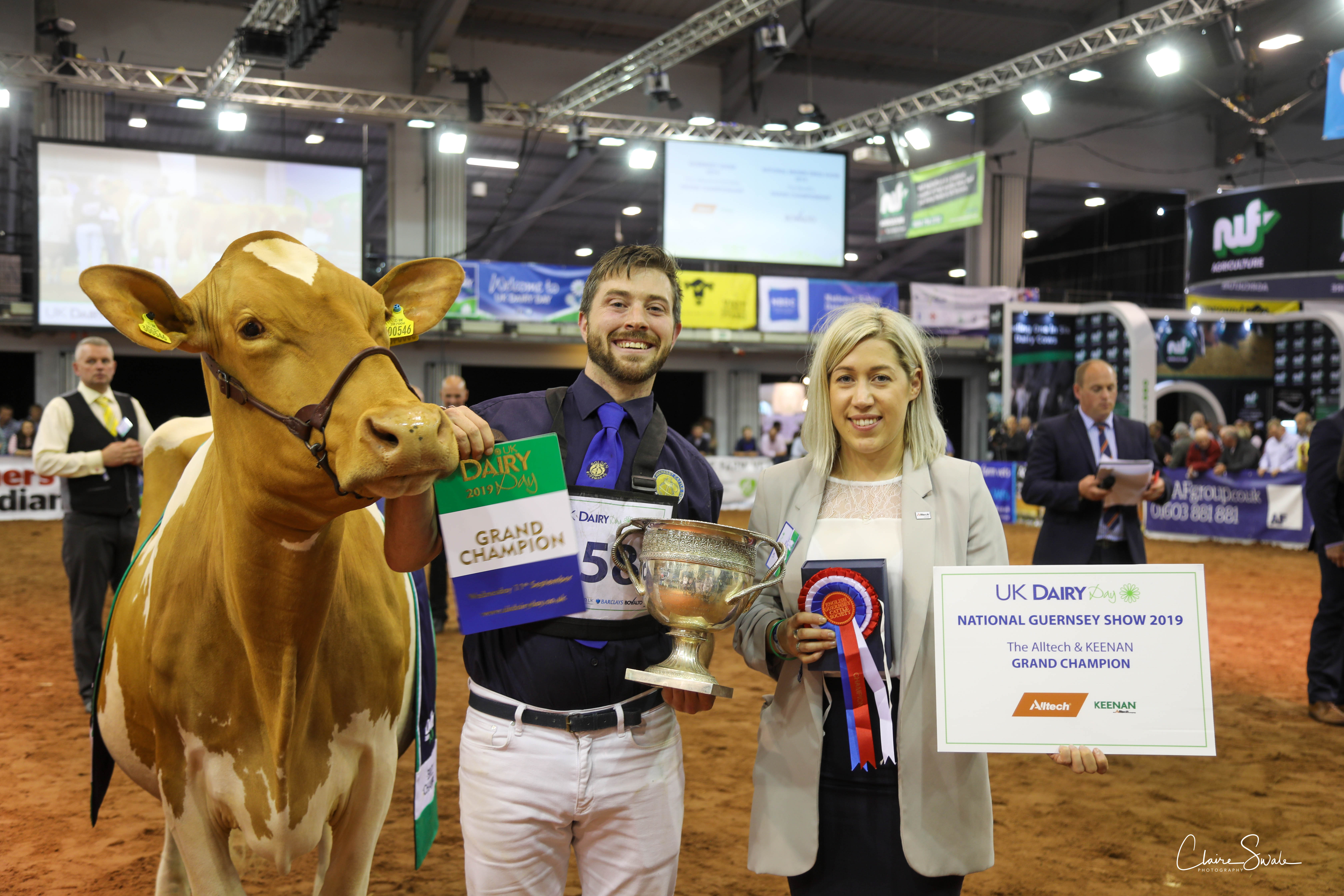 The EGCS would like to thank all Exhibitors and helpers for providing a quality entry of Guernseys at this year’s show and to our Judge Colin Gleed for his time.