Menu
There were 6 cattle forward at the first show of the season for John Berry to judge. Richard Norman and the Dawes family were the exhibitors present.
Champion was dry cow, Trewey Legend Rosie and reserve was Emma eve Excalibur Rosie, an in calf heifer, both former ABAB calf Champions from Richard Norman and Polly Whetham.
Richard also took a first in the maiden heifer class with Emma eve Toby Keith Rosie.
In this class second place went to Edgehill Penney Gracefull from the Dawes.
Two dry cows were topped by Trewey Legend Rosie followed by. Edgehill Latimer Gracefull.
One heifer in calf was Emma Eve Excalibur Rosie.
One cow in milk was the Dawes Glanmor Python Okapi.
The pairs and groups were won by Richard Norman with the Dawes in second. Thanks to the exhibitors and all their helpers for ensuring a guernsey presence at the show. 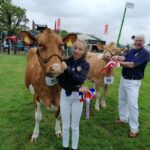 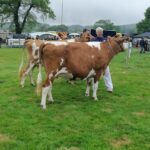 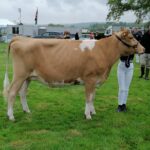 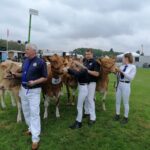 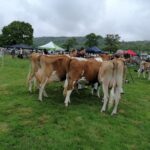 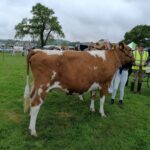 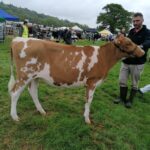 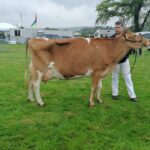 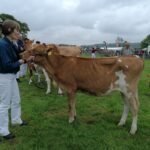