The first show of the season has taken place at Wraxall, Nr Bristol in Somerset. Three Exhibitors had 5 cattle forward for judge Robert Cornish to inspect. Champion of the day was Avalon Fernando Linda from Neil, Kim and Laura Sales. This Heifer in Milk was Champion here last year as an In Calf Heifer. Linda then went on to be awarded Reserve Champion Supreme Dairy Animal behind the Jersey. Reserve Guernsey was Michael Dawes’ Edgehill Latimer Graceful a striking in calf heifer full of promise for the season ahead. 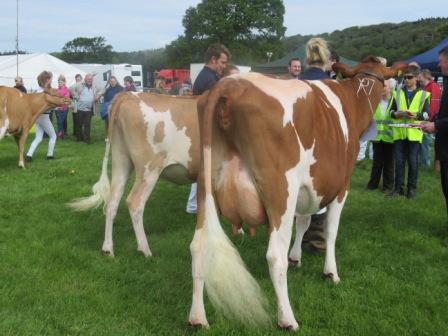 First Prize in the Maiden heifer class born on or after 1.3.18 was Edgehill Ernie Violet from Michael Dawes. 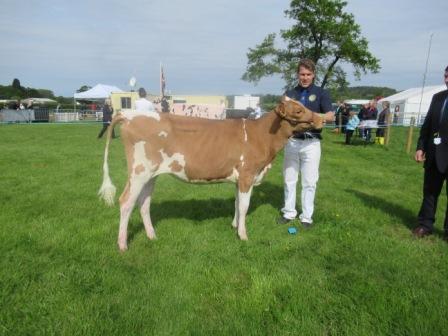 In the heifer in calf class, first prize went to Edgehill Latimer Graceful from Michael Dawes. In second place was Vanda Lillian by Hercules from Caroline Huins. 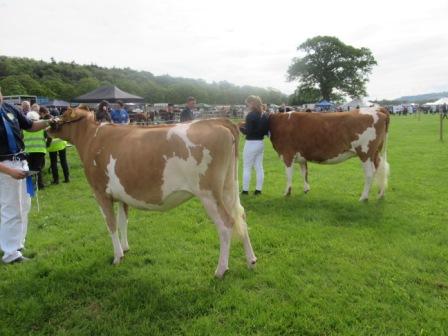 In the Heifer in Milk class, Avalon Fernando Linda from the Sales family was the only entry. 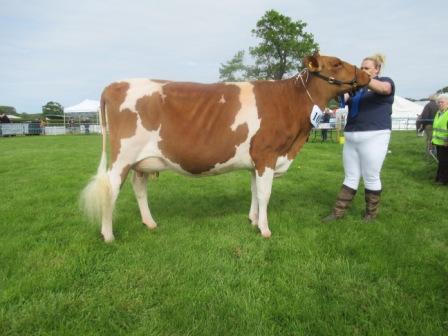 The only cow in milk forward was Michael Dawes’ Brymor Graceful 21. 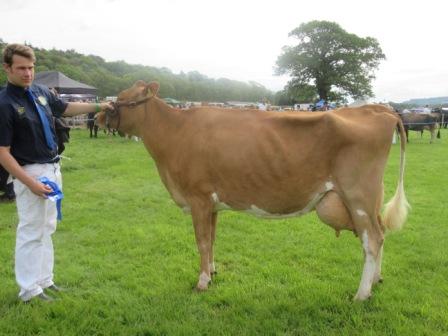 Thank you to all Exhibitors and helpers for turning out their cattle in fine form.